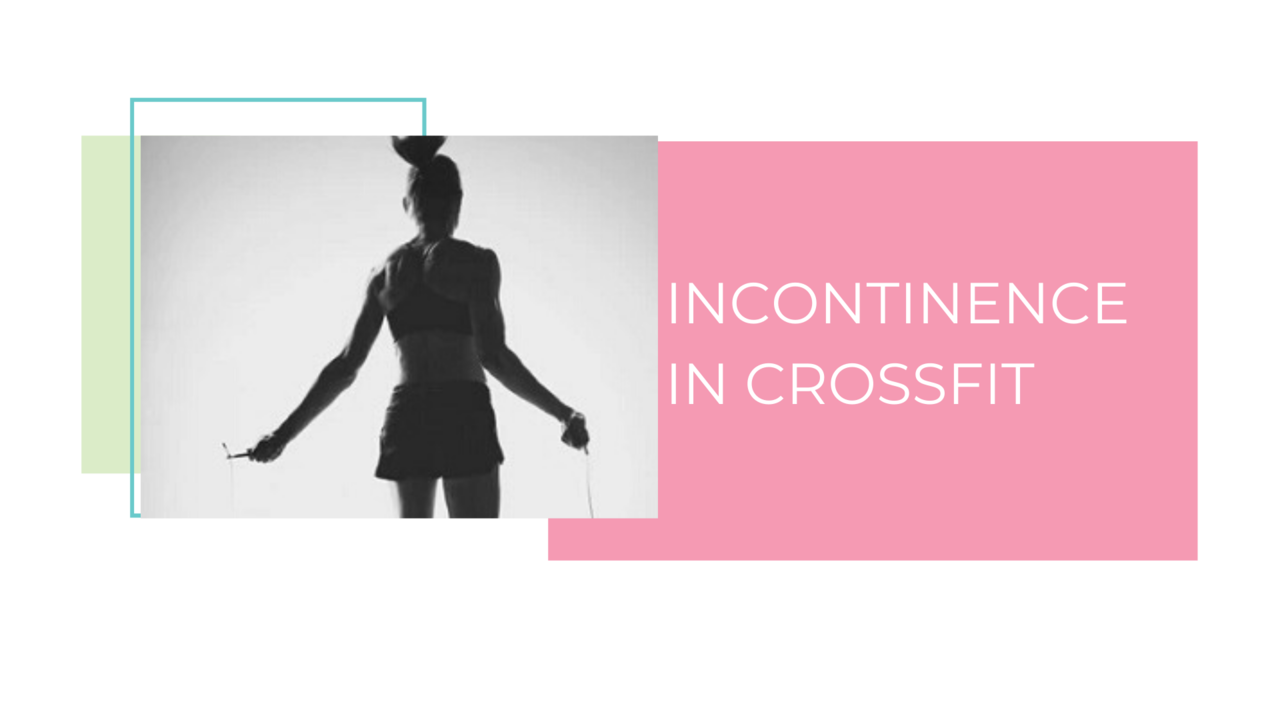 Incontinence in CrossFit is a thing....a BIG thing and while there are things I really like about CrossFit, the acceptance of leaking urine as 'normal' or 'part of being the fittest woman on the planet' just doesn't sit well with me.

I first heard about CrossFit over 10 years ago when a previous co-worker started posting the workouts on his Facebook page.  CrossFit involves high-intensity strength and conditioning workouts called WOD’s – workout of the day – which could include anything from burpees to clean and jerks to pull-ups to double unders.

Back then, CrossFit was gaining quite a following, mainly amongst men but in the last 5 years, it has become increasingly popular amongst women.

About 50% of the people who come to see me for help with their abdominal wall and/or their leaking, have either been doing CrossFit for a while or have just started it.

Simply said, I just don’t get it.  This post aims to offer a bit of insight into why I feel there are better choices than CrossFit, and other extreme boot camp style workouts for women, in particular women who have had children.  Sure, it can help you build bulging biceps and stronger quads, but it is at the expense of your inner core, namely your pelvic floor - your foundation. If your foundation is weak (which it most likely is if you are leaking or have lingering back pain or abdominal wall bulging), this style of workout will put you at risk of greater injury.

The pelvic floor (I am focusing on the female pelvic floor in this post) is a group of muscles, connective tissue and ligaments that support the spine and pelvis; this group of muscles help control your continence (when you pee, poo or fart); it plays a key role in your sexual health (it is integral in the enjoyment factor and it also makes sure you don’t pee poo or fart during it), and helps keep your internal organs in place (the bladder, the uterus and the rectum).  Important stuff!

The pelvic floor is your foundation and when it is performing optimally the spine and pelvis are supported, movement is anticipated, breathing is optimized, organs are in place and there is no leaking of urine.

CrossFit has many great exercises but the speed and number of repetitions (and sometimes the exercise itself) can compromise the pelvic floor.  The challenge of the exercise (or rate at which it is performed) is greater than the pelvic floor is currently able to manage, so it loses its ability to do its jobs.

A viral video demonstrated this very clearly and unfortunately sent the message that leaking urine during a WOD is not only “normal” but almost a badge of honour. It’s not.

Leaking urine is NOT normal.  It is a very clear indication that something is not working as it should and the signals will only get louder until you stop and listen to your body and do something about it.

High fives and a towel to wipe up your pee, is to me, just not acceptable.

Most women say they choose CrossFit to get stronger.  Let me ask you this -  is pushing yourself so hard that you lose control of your bladder your idea of building a stronger body?  If you leak, your pelvic floor has lost its ability to control the function of elimination properly.  Keep it up and your floor may eventually lose its ability to support the bladder all together and it (yes, the bladder) will start to protrude into and eventually out of the vagina (called pelvic organ prolapse).  It may happen gradually over time, but it can also happen in an instant during a box jump, a clean and jerk, or a ball slam to name a few.

And it isn’t just CrossFit.  Any activity or movement or exercise that increases intra-abdominal pressure to the point where the core can't manage it, should be scaled back or avoided while the core is retrained.

We all need some intra-abdominal pressure for spinal stability but in a compromised core we lose the ability to manage the pressure and then well-intentioned exercise becomes a recipe for pelvic floor disaster.

Most women who have had babies have compromised cores. During pregnancy, the posture changes due to the weight of the growing uterus which can influence the function of the pelvic floor.  Hormones influence the ligaments and connective tissue that support the pelvic floor and internal organs.  The abdomen becomes stretched and weak, and the pelvic floor carries an ever-increasing load - and that is all before the actual birth!

Women give birth vaginally or by caesarean both of which can greatly impact the inner core.  Many new moms are left with an unstable pelvis, diastasis recti (abdominal muscle separation) and some degree of nerve damage.  At 6-weeks, a new mom is given a ‘green light' to go back to exercise which quite frankly I find irresponsible. Not all exercise is created equal and most moms who want to lose the baby weight and get their 'body back' will often choose boot camp style workouts and CrossFit is like boot camp on steroids.

I have said it before and I will say it again “mommy” and “boot camp” do not belong in the same sentence.

The first paragraph on the CrossFit website states that CrossFit is “the principal strength and conditioning program for many police academies and tactical operations teams, military special operations units, champion martial artists, and hundreds of other elite and professional athletes worldwide”    It then goes on to say that  “Our program delivers a fitness that is, by design, broad, general, and inclusive. Our speciality is not specializing. Combat, survival, many sports, and life reward this kind of fitness and, on average, punish the specialist.”  New moms and even ‘seasoned’ moms are definitely a speciality group and if CrossFit does not specialize in ‘specializing’ then there really aren’t a lot of modifications to offer.

I caution all pregnant women and new moms reading this to choose other alternatives for 'getting your body back' (it never left but that is another post).

For women who have never had children, you may not have the above-mentioned challenges, (yet) that women who have had children face but keep in mind the female pelvis is different from the male pelvis and you are still at a greater risk of developing pelvic floor challenges.  The female pelvis is wider and more circular than the narrower, heart-shaped male pelvis. Men also do not have a vagina where organs can descend into or a uterus or the fluctuating hormones that women have. Women should respect these differences and choose an exercise that supports their pelvic floor and core rather than exercise that puts it at risk.

I recommend every woman see a pelvic floor physiotherapist annually, even if you have no symptoms.  I also recommend you learn to incorporate pelvic floor awareness into your exercise routine.  The 28 Day Buff Muff Kegel Exercise Challenge does just that!

Do not accept leaking as 'normal' or something you have to live with or as a sign that you have reached the peak of strength.  Listen to your body, scale back, modify, find a new strategy or a new exercise so you can manage the loads and the pressures and truly build a strong and confident body. 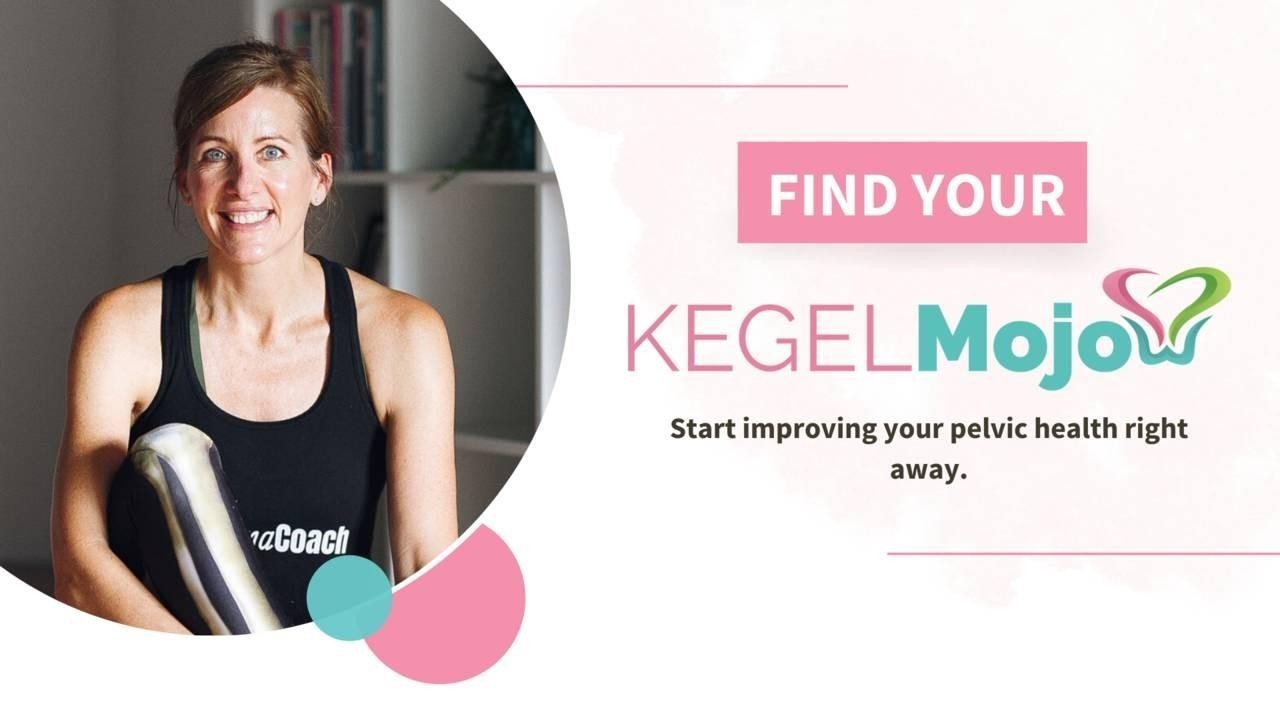 Get Your Free Copy of my book The Inside Story

GET MY FREE BOOK