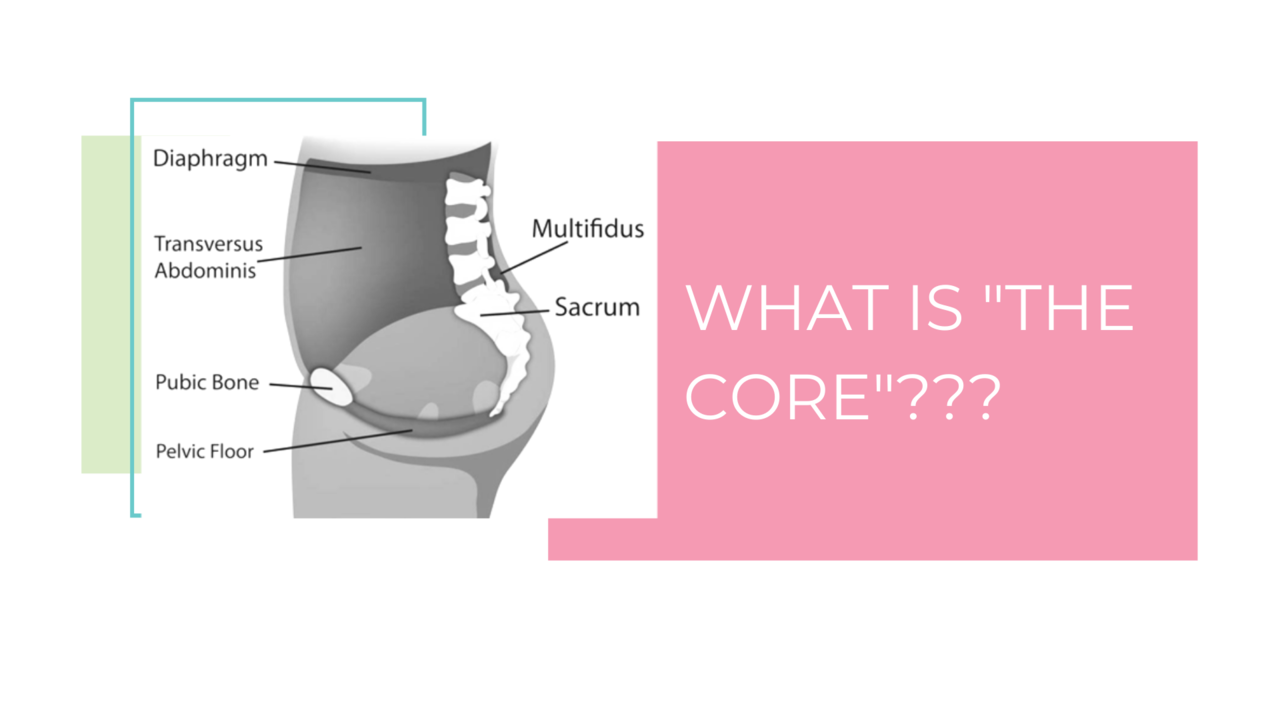 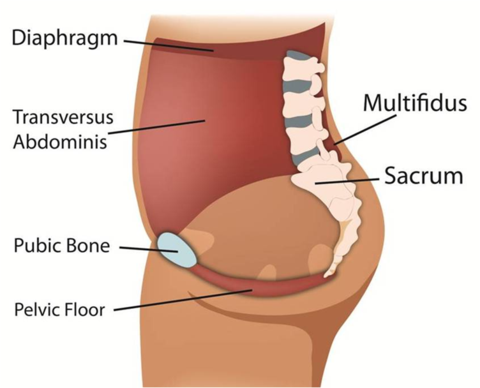 The Components of the Inner Core

Your core is probably the most impacted part of your body in pregnancy, birth and postpartum. Yet, it gets little to no attention.  Most people think of the core as being the six-pack and the low back; they are correct, to an extent, but let’s look a little bit deeper than that.

Your core is made up of a number of muscles that work together to support the spine and pelvis.  We are going to look now at the inner core, or what I like to call “The Core Four.”

The Core Four is made up of, you guessed it, four key players: the breathing diaphragm, the transversus abdominus, the multifidus and the pelvic floor.

This team is designed to work together in anticipation of your every move.  That’s right, they should anticipate and prepare you for the task at hand before you even move!

Pregnancy and childbirth greatly affect your posture and alignment, and therefore your breathing and core function. Doing preventive exercise during pregnancy is important to help minimize these effects and keep your core strong and functional.

The coolest thing is that many of the preventive exercises you do during pregnancy can also help restore your core postpartum!

Let’s look a bit more closely at the Core 4 so you gain a deeper understanding of how it works, how it supports you and your babe and how you can support it!

The diaphragm is a sheet of skeletal muscle that separates the heart, lungs and ribs (the thoracic cavity) from the abdominal cavity.

The diaphragm is convex in shape and is involved in breathing – it contracts and relaxes with each inhale and exhale.  As you inhale, the diaphragm concentrically contracts, as it lowers, pulling air in.  Think of a cylinder filling up with air that expands as air moves in.

As you exhale, the fibers of the diaphragm eccentrically contract (lengthen) as it rises back to its resting state, emptying the air from the cylinder.  In a well-functioning core, the pelvic floor will contract and lengthen along with the diaphragm during each inhalation and exhalation.

The Transversus (and Other Abdominals)

The deepest abdominal layer is the transversus abdominus which runs around you like a corset. It is a key muscle for pushing your baby out.  It also plays an important role in stabilizing the low back and pelvis before movement - yes, before!

It is also one of the keys to healing diatasis recti. A good point to remember is that the transversus abdominus co-contracts with the pelvic floor in an ideal functioning core; that means that the pelvic floor is important in healing the abdominal wall too!

Your pelvic floor is a group of muscles (three layers) that run from the pubic bone to the tailbone, as well as the sitz bones.

The pelvic floor is a highly vascular, as well as a highly innervated, part of the body. The nerves, muscles and connective tissue work to keep you continent, to provide support to the internal organs (the bladder, the uterus and the rectum), to stabilize the spine and pelvis, and to contribute to your sexual satisfaction. It also plays a major role in childbirth.

Because it is not visible, the pelvic floor is rarely thought about until there is a problem.  Problems will often show up during pregnancy or after childbirth in ways such as incontinence, pelvic pain, organ prolapse, sexual challenges, back pain and/or hip pain.

These problems, also known as pelvic floor dysfunction, can develop from a variety of reasons such as overuse (muscles that don’t relax and that are tight and weak as a result), under-use (muscles that lack tone and are weak), injury (perineal injury or nerve injury from birth, sports, accidents), or from poor posture and alignment.

The multifidus muscles are a group of short spinal muscles that are located on both sides of your spine, and run from your tailbone, or sacrum, all the way to your neck. They function to support and protect your spine.

A weakness in this muscle group contributes to chronic, dull, low back pain. In turn, pain can inhibit these muscles from functioning, so they become weak, creating a vicious pain-weakness cycle.

The multifidi are often overlooked in strengthening programs, which can result in the muscles needing to work extra hard to avoid back injury, and to compensate for weak abdominals.

The Core Breath is always my starting point in terms of training the core – it works all of the parts of the inner core and establishes or re-establishes the synergy you are looking for in your foundation.

Once you have mastered the core breath, you then add it into movement so you can work the core as it should be worked – with movement.

The bridge, a seated march on the ball, squats and lunges are all exercises that can be done with the core breath.  These exercises are great, functional ways to get the inner unit firing and working together as a team!

Kegels are a Core Exercise

The core breath is essentially a kegel coordinated with the breath and then added to movement.  You want to know the best core exercise?  Kegels (or the core breath...whatever you want to call it).  You can turn almost any exercise into a super core exercise by adding kegels to the movement.  Bicep curls?  They can be a core exercise.  Inhale to prepare, exhale, kegel, then curl.  Inhale as you uncurl.  Squats?  They can be a core exercise.  Inhale as you lower down into the squat then exhale, kegel and rise back up.  My 28 Day Kegel Challenge is all about firing up the core through kegels and movement.

An overwhelming number of women report a reduction or elimination of symptoms (like pressure and leaking and back pain) by day 14! 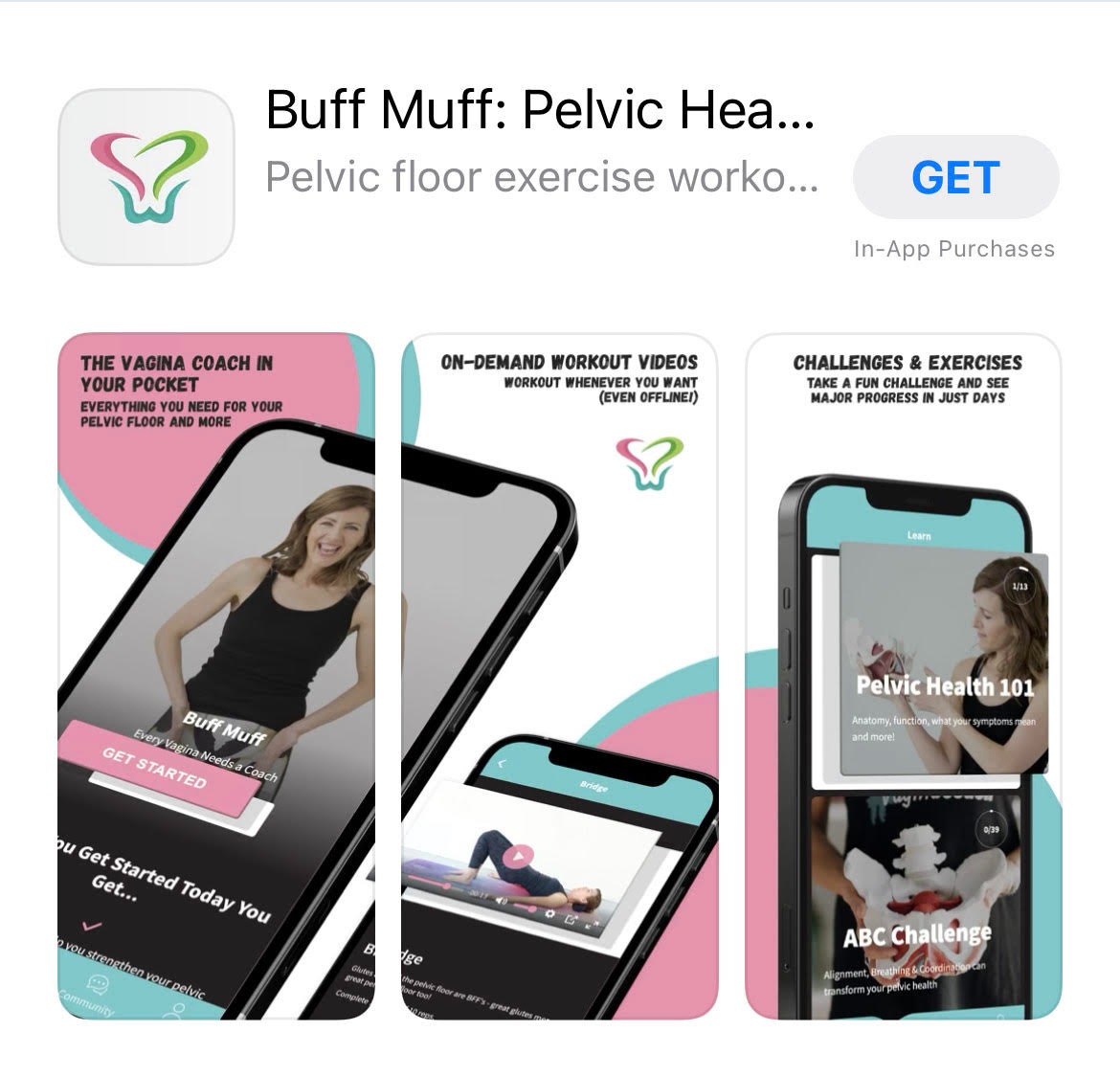